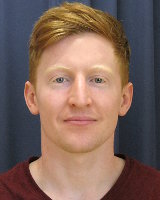 Studying for Doctor of Philosophy

Area of study:
Movement and breeding ecology of Adélie penguins (Pygoscelis adeliae) in the Ross Sea

Recently a section of the Ross Sea, off the coast of West Antarctica, was designated as a Marine Protected Area (MPA). Unlike other MPAs, the protection status of the Ross Sea has a sunset provision of 35 years, meaning that it will be reviewed periodically. Adélie penguins are one of the most abundant and widely studied penguin species in the world. Because of their role as a marine predator and their reliance on the condition of Antarctic pack-ice they are considered an indicator species for the health of the Antarctic marine environment. My research aims to understand population dynamics of Adélie penguins in the Ross Sea so that we can forecast outcomes of a range of different management and climate change scenarios, which should contribute to decision making on the future of the Ross Sea MPA. This will involve Bayesian statistical and simulation models that explores a subset of the following interdependent processes: foraging movement of breeding adults, chick provisioning and growth, fledgling success, over-winter movements, survivorship, and population dynamics.